Non Sibi Cunctis - Not For Oneself But For All

FROM BOULEVARD TO SIRIUS: A BRIEF HISTORY OF KINGSTON HIGH SCHOOL, ITS PREDECESSORS AND SUCCESSORS

Boulevard Higher Grade School opened on 18 October 1895, in a purpose built building at the Anlaby Road end of the Boulevard in Hull. 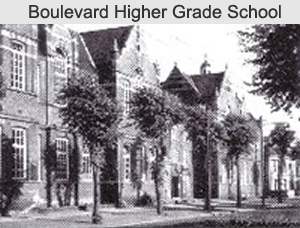 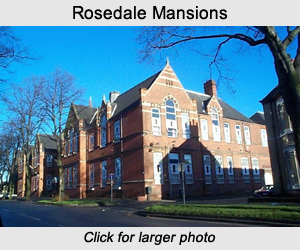 The Higher Grade School catered for over 1,000 children of all ages from five upwards, so it had infant and junior schools as well as girls and boys senior departments. In 1905, the school became the Boulevard Municipal Secondary School, when the infant and junior schools moved to a new building in Saner Street. At this stage, the school was fee paying and the Head Master was Mr Frederick De Velling, who was in post from 1895 to 1925. Former pupils of Kingston High School might be interested to know that the four houses – Meaux, Myton, Wyke and Kingston (later to become Tranby) - were established as early as 1925. They may also be interested to know that in 1929, a certain Bernard. D. Hicks was Head Boy.


In February 1928, the City Architect was instructed to draw up plans for a new mixed secondary school to replace the Boulevard, on a 20 acre site in Pickering Road in Hull, purchased in 1926 for £7,100. The implementation of these plans was delayed due to a Board of Education ban on new building, but was finally given the go ahead late in 1934, the foundation stone being laid by Mrs M. Gardner on 08 October 1937. Dr William Cameron Walker became Head Master in 1938, overseeing most of the

building and fitting out of the new school; he was to remain as Head Master until 1961. Although the building was ready by July 1939, the expected opening was delayed by the wartime evacuation of pupils to Scarborough and Bingley, the school finally opening on 11 March 1940 as Kingston High School. However, the first occasion when the entire school met in its new building was in 1943.


The school remained on the Pickering Road site as Kingston High School, until 1988. During much of this 48 year period, the school built an outstanding academic reputation, with excellent examination results and a high percentage of University entrants. The school became comprehensive from 1968 onwards. One landmark was the opening of the School Observatory in 1953. The school's 50 Year Jubilee (including the years of the Boulevard) was celebrated in 1945 with a service at Holy Trinity Church and Kingston's 50 Year Jubilee was celebrated in 1990. Mr Alan Woodcock was Head Master from 1961 to 1967, followed by Mr W. Hodge from 1967 to 1972, his successor being the aforementioned Old Boulevardian Mr Bernard D. Hicks, who was Head Master from 1972 to 1975.


In 1988, Hull schools underwent a massive re-organisation, with the three tier system of primary, middle and secondary schools being replaced by primary, 11-16 secondary schools and two sixth form colleges. The result was a huge shift in teaching staff across the city, with most teachers over 50 taking early retirement. Kingston High School became Kingston School under the headship of Mr John Peck, with only half a dozen of the former staff remaining. The school was on two sites, with the old Boothferry Junior High School (latterly an Education Centre) as Kingston Lower School and the original Pickering Road building as the Upper School. It was a very difficult time, but the staff pulled together and the reputation of the school grew, although examination results remained low. For many years the staff remained largely unchanged, a reflection on what a challenging but happy place the school was, until the rumours of another re-organisation became a reality.


In 2001, three schools (Kingston, Amy Johnson and William Gee) were amalgamated into two (Pickering High School and Endeavour). Kingston Head Teacher Mr John Peck retired, and was replaced by Elaine Wadsworth in what

was now called Pickering High School, with a new sports hall, a new building to the west of the old school and an end to the split site facilities. Again, there were many changes in staff particularly at leadership level and the transition was not easy. The school became a specialist Sports College and enjoyed growing success on the sports field, particularly in rugby league. Examination results steadily improved, but in a mirror of what happened towards the end of Kingston School, great uncertainty was created as rumours of academy status grew and eventually became a reality. Eventually, Elaine Wadsworth retired as the only head of Pickering High School.


Pickering High School was renamed Sirius Academy and opened in September 2009 under Principal Dr. Cathy Taylor. In September 2010, the academy moved to a new, multimillion pound building on Anlaby Park Road South in Hull and shortly afterwards, the original Kingston High School building on Pickering Road was demolished. Sirius was rated by OFSTED as outstanding in all areas in March 2014, and the Old Kingstonians' Association is proud to be building strong links with such a school. For example, the war memorial 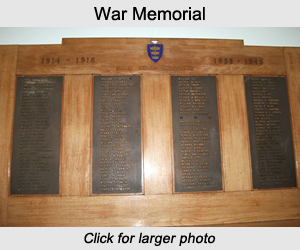 from the Pickering Road building is now mounted on the wall of Sirius' reception area, and the foundation stone 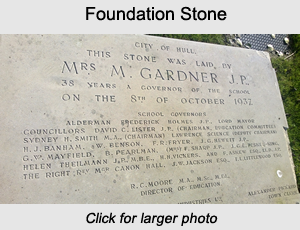 is set at the edge of Sirius' playing fields, approximately where it was in the original building. In addition, the Association offers a small bursary to a different Sirius sixth form student each year, who is going on to higher education.